Going to the beach is one of Trinidad and Tobago’s favorite pastimes, but not too far from the shore lies a seemingly hidden danger – rip currents. As waves crash on our nation’s coastlines, bays, and beaches, powerful currents develop, capable of sweeping even the most experienced swimmers out to sea.

Up to 80% of rescues lifeguards have to make are due to rip currents, and they are the cause of multiple drownings across Trinidad and Tobago’s beaches annually. Unfortunately, these rip currents are responsible for hundreds of drownings globally. However, these deaths can be prevented if you know what to look for and where not to swim.

What is a rip current?

According to Trinidad and Tobago’s Institute of Marine Affairs (IMA), rip currents are powerful flows of water moving seaward that can effortlessly drag unsuspecting bathers quickly out to sea. They characteristically extend from the shoreline, across the surf zone (the area of breaking waves bounded by the point of first breakers, then landward to the maximum uprush of waves on the beach), and beyond the line of breaking waves.

Rip currents usually occur near breaking waves and are common within pocket beaches with moderate to high wave energy. In Trinidad, these beaches may be found on the North Coast, from Macripe to Toco, along the unsheltered East Coast, from Galeota and Guayaguayare to Toco, including Mayaro Manzanilla. In Tobago, rip currents may occur on most beaches that are not protected by coral reefs, especially the Atlantic-facing coasts or the eastern shorelines.

This particular current may incorrectly be used interchangeably with rip tides, undertows, or undercurrents.

Unlike a rip current that occurs due to breaking waves, a rip tide is a strong offshore current caused by egress and ingress (inflow and outflow) of the tide through inlets and the mouths of estuaries and embayments and harbors. According to the IMA, these currents may cause drownings, but these tidal currents or jets are a separate and distinct phenomenon from rip currents.

Undertows or undercurrents are related to waves breaking on the beach where an imbalance of pressure allows water to flow back out to sea under the waves. These currents occur mainly with larger waves and can tug at your legs.

How do rip currents form?

A rip current is a strong current on the ocean’s surface that flows away from the shore. Rip currents also occur when there are breaks in the sand bars below the water’s surface as the water returns to the ocean. Different factors can cause a rip current to form, but the main contributing factor is large, breaking waves.

The primary danger of rip currents is their seaward flow, quickly pulling unaware swimmers. Rip current risk can depend on the weather, the shape of the beach, tides, and other factors.

The average rip current moves between one to two feet per second, but if a current is powerful, it can pull you out into the open ocean at an astonishing eight feet per second. Even the best Olympic swimmers will not be able to swim against such a strong current. Making the situation worse, rip currents tend to gain speed dramatically over a short period.

Many may assume waist-high water is a sufficient refuge from rip currents. However, rip currents affect all areas where waves are crashing near the shore. If you cannot remain floating and swimming, a trip to the beach can end tragically.

There are several misconceptions surrounding rip currents. The most popular is that they will pull you underwater. While large waves can and do pull people underwater, rip currents will not drown you. Instead, it carries you away from shore into deeper water. You may have to swim a far distance to return to the beach, but it is also entirely possible that the rip current may even bring you back to shore.

Rip currents often appear as a calm patch of water between breaking waves. However, do not let the tranquility deceive you. These currents can also be identified by an area of water with a deeper and darker color from surrounding areas, a break in approaching waves, or seaweed or foam moving into the ocean.

if you visit a beach that does not have an attending lifeguard, the following are visible signs from the shore that will make it easy to identify the existence of rip currents:

In fact, on sargassum-laden beaches like Manzanilla or Mayaro, you can use the seaweed to track the rip current as it is pulled back into the ocean.

If caught in a rip current, your action can determine your fate. It would help if you remained as calm as possible, as panicking can cost you your life. In addition, you need to conserve energy. Do not attempt to swim against the current or the shore, as even the weakest rips move fast than most can swim. If you try to fight the current, you may expend all your energy, leading to tragic consequences.

The best thing you can do is stay afloat and attempt to signal that you need help. If the rip is circulating, it will eventually bring you back to a sand bar or to breaking waves that will take you back to the shore. If someone is caught in the current, floatable items such as cooler covers and boogie boards can be thrown to the person to lend assistance.

The second option will only work for good swimmers. You can try to swim perpendicular to the shore. However, research has shown there is a 50/50 chance you will be swimming against the hazardous current. 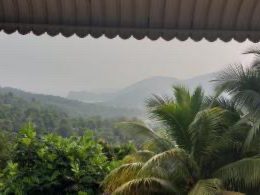 Believe it or not, Saharan Dust can be present in T&T year-round. Concentrations wax and wane depending on…
byKalain Hosein
36 shares
36
0
0
0
0
0
0
0 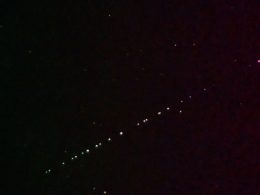 Satellites: What is THAT In The Sky?

From time to time, we get the question “what is that in the sky?” We’ve already covered the…
byKalain Hosein 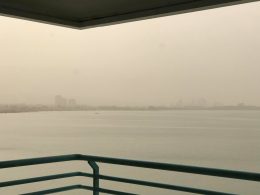 In all of our Saharan Dust forecasts, we use the Air Quality Index (AQI) to quickly surmise the…
byKalain Hosein 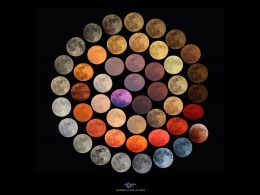 Once a month, and on uncommon occasions, sometimes twice, skygazers are treated to one of the most dramatic…
byKalain Hosein
Total
0
Share
Loading Comments...